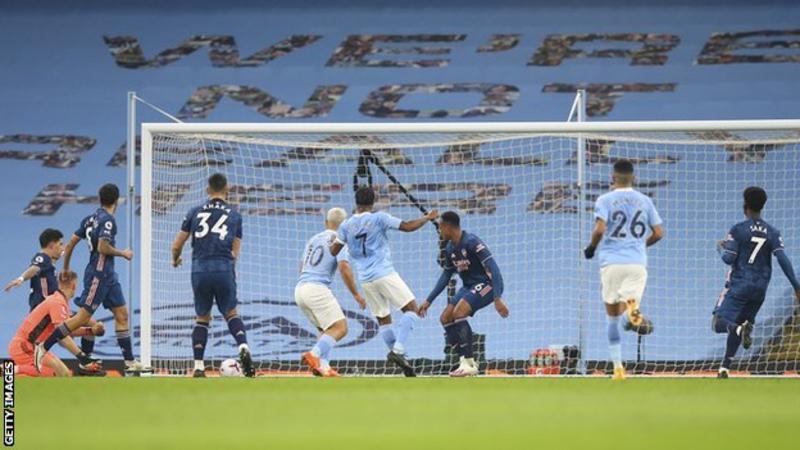 Stand-in skipper Raheem Sterling scored the only goal as Manchester City returned to winning ways in their Premier League encounter with Arsenal. 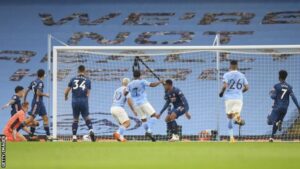 Gunners had opportunities to level but City keeper Ederson denied them with three excellent first-half saves and both David Luiz and Pepe were off target with free-kicks in good positions after the break.

Arsenal continues a miserable run of away results against their fellow ‘top six’ members. They have now failed to win in their last 29 such meetings, since success at City in 2015. 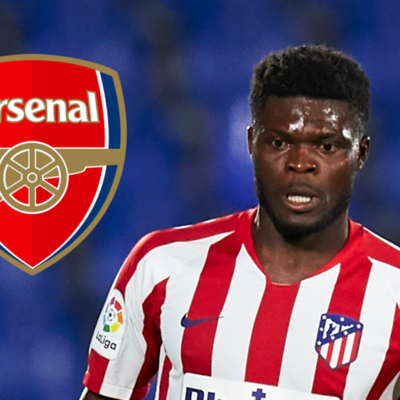 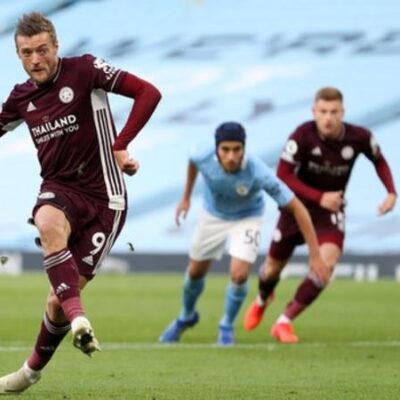