French striker, Moussa Dembele has been officially unveiled as an Atletico Madrid player after completing a shock six-month loan move from Lyon to the LaLiga club on Wednesday.

The 24-year-old was unveiled at the Wanda Metropolitano Stadium on Thursday afternoon, January 14 and handed the No 19 shirt, which was previously worn by Spanish striker, Diego Costa. 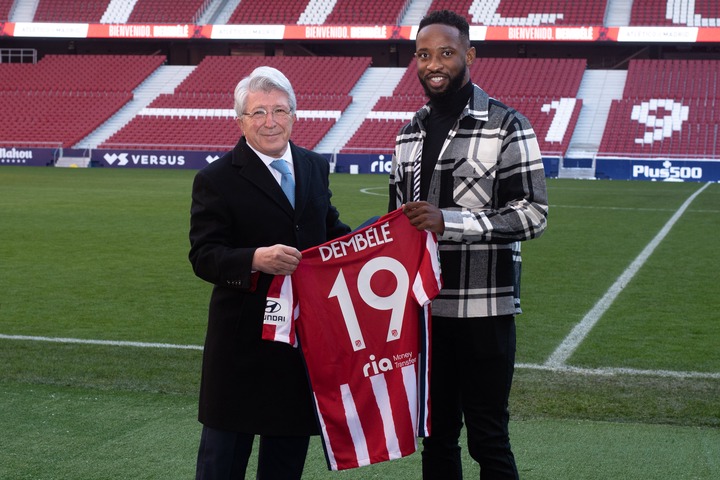 Dembele was signed as a direct replacement for Costa, whose contract was terminated in December, with a reported £29.6million option to buy in the summer.

Dembele scored 21 goals and made six assists during his first campaign and followed that up with 24 goals and seven assists in 46 games last season. “With Dembele’s arrival, we add a young yet experienced footballer who’s strong both physically and as a finisher,” Atletico said in a statement.

“His height also makes him a threat in the air and his speed allows him to run past the opposition’s defenders.”